Just Diagnosed – What to do

Your doctor or health worker may offer to organise for you to talk to a counsellor. This can be helpful but if you don’t want to see a counsellor straight away you can organise this later on.

There are organisations for people living with HIV in every state and territory that can provide advice, support and further information about living with HIV, including about treatment.

For information about services in your area contact your Aboriginal health service or PLHIV Organisation. 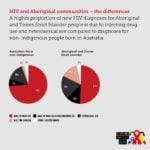 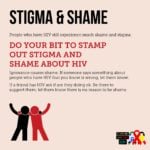 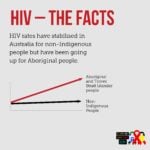 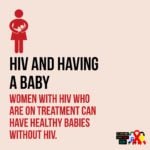 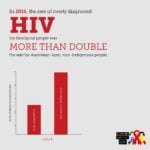 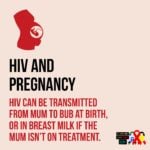 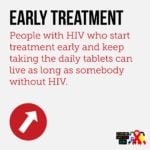 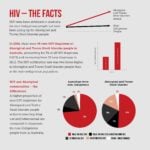 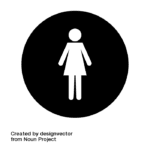 Modern HIV treatments mean that many HIV-positive women and men in Australia on HIV antiretrovirals are able to have babies who are free of HIV. If you have HIV and want to have a baby, talk to the doctor who prescribes your treatment tablets.

The risk of passing on HIV from mother to baby during pregnancy and childbirth is very low if the mother is on HIV treatment medication and the baby is born by caesarean. The risk is also lower for women with HIV who have an “undetectable viral load“.

Most people don’t know much about HIV and are fearful about it. Added to this is that talking about sex and sexuality can be a taboo in our community – or at least it’s embarrassing. All this leads to shame and stigma. 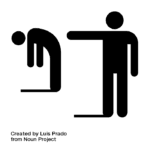 Aboriginal Community Controlled Health Services can provide great support for dealing with shame and stigma – about HIV and about other issues you and your family might be dealing with. Talk to your health worker about local programs to help you deal with personal issues.

If you’ve been told you have HIV remember that you’ve done nothing wrong – it’s bad luck that could have happened to anyone.

Telling other people you have HIV

If you are diagnosed with HIV it’s very important to let your sex partners know as soon as possible that they should get tested for HIV. This can be done anonymously. Your doctor or health worker will help you organise the best way to do this.

* If you have a regular sex partner, you will need to discuss safe sex.
* It’s up to you whether to tell your family and friends and when to tell them, family support is great but think about when to tell other people you have HIV.
* Most people don’t know much about HIV, people might get upset because they think HIV is a deadly disease, or they don’t understand how HIV is transmitted.
* Think about showing them information on this website, or getting an information booklet to give them, to help them understand about HIV and the good news on modern treatment.
* People can gossip. If you tell family and friends you have HIV, make sure you ask them to keep this private. It’s your right to decide who to tell.

Your partner may be upset if they think you’ve kept having HIV a secret. They may also get upset if you suddenly suggest using condoms when you haven’t done this before. Think about making an appointment for both of you to see your doctor or a counsellor together, so your doctor can help explain that you have HIV. You and your partner can then discuss what this means for your relationship.

If your doctor has told you that you have an undetectable viral load, you will not  pass on HIV during sex while your viral load remains undetectable. But you need to use condoms to protect against other STIs.

Do I have to tell my sex partners I have HIV?
Under state and territory laws people with HIV don’t need to tell their sex partners they have HIV before having sex – as long as they use condoms.

Do I have to tell my employer?
* No. There are very few jobs that people with HIV can’t do. For jobs that may involve a risk of HIV being transmitted, it’s up to the employer to ask employees to complete a health questionnaire.
If you think you’ve been treated badly by an employer or refused a job because you have HIV, you can complain.

Will I be treated differently by health services or if I go to hospital?
* If you have HIV and go to a clinic or a doctor, they may be aware you have HIV because medical records are shared electronically, in e-health systems and online so that doctors can provide better health care.
* It is illegal for health services to discriminate against a person because they have HIV.
If you think you’ve been treated badly by a health service because you have HIV, you can complain.